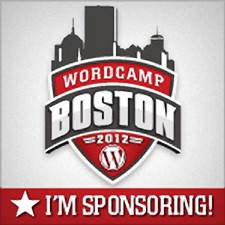 WordCamp Boston has a very special place in my heart, as I helped organize the first camp back in 2010, and then made it the first event that 10up would sponsor back in 2011. We’re excited to be repeating our Silver Sponsorship in 2012. You can expect to see 3-4 members of team 10up at the event, and, hopefully, at least a few of us speaking. With a first class organizing team behind the event, one of the biggest meet ups in the country behind it, and a good old New England passion, you can expect this WordCamp to be every bit as amazing as the prior two!