WP the People: 10up Hacks the White House

Back in February, we applied to We the People‘s second ever White House Hackathon. The event is an open-ended civic hack day where developers of all stripes from across the United States are invited to create applications in languages like Python and JavaScript. The purpose of the event was to create resources for websites, smartphones and other platforms that build on We the People. As a Senior Web Engineer, I had the privilege of representing WordPress at the White House, alongside fellow 10upper Christopher Cochran and Automattic‘s Mo Jangda. Given just how small and selective the event was, we were deeply honored to be accepted and participate. 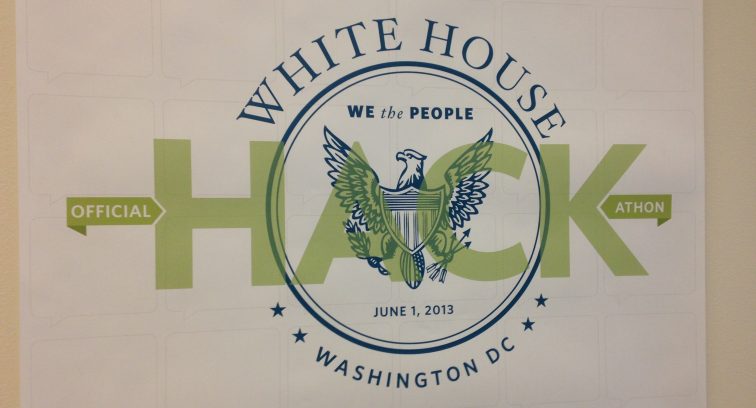 The entire experience was incredible. Located in the EEOB, we worked alongside employees from organizations like NASA, Google, and Github. Alongside these fellow developers, we spent June 1 hacking on the We the People API, building public, ready-to-launch applications, with the intention to make them available at the end of the day.

Christopher, Mo, and I built a WordPress plugin called WP the People, which enables WordPress publishers to embed petitions within their sites. The plugin offers three unique views:

We focused on making this plugin extensible, so other developers can build additional petition views.

Before showing up for the Hackathon, our team studied other plugins with similar concepts and began brainstorming and engineering our vision . Christopher focused on building in the timeline view, while Mo enhanced the embedding feature by using the same modal (pop up box) that publishers use to embed image and media. I focused on architecting a data center that would allow us to get the data we need as efficiently as possible.

We received a great reaction from our fellow hackers, who were impressed with much we accomplished and how easy it is to extend our solution.

You can find WP the People on GitHub. As it stands today, the visualizations (geographic and timeline view) require an intermediary server. We’re hoping to provide an intermediary solution, or at least a simplified version for release on the WordPress plug-in repository. Stay tuned!

Open data is an important concept, especially in government. Encouraging the public to take part in events like this promotes openness and open source, while also encouraging creativity, innovation, and interaction. It’s great to see our government embracing these principles.