5 speakers, 1 organizer, and a Platinum Sponsorship: 10up loves WordCamp Boston 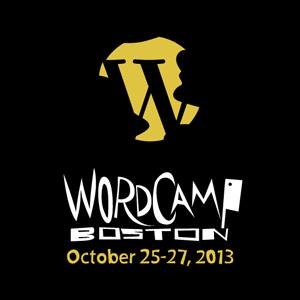 WordCamp Boston has a special place in team 10up’s heart, going all the way back to Boston’s first camp, which I helped organize in 2010, before there was a 10up. In 2011, not 6 months after founding 10up, we reached into our pocket to offer a Silver sponsorship, and I spoke about WordPress as a CMS. In 2012, we again extended a Silver sponsorship; I debuted a talk on Enterprise, and was joined by fellow 10up speakers Jess Jurick and Luke Gedeon (who runs the neighboring Providence WordCamp). Today, two 10uppers live in the Boston metro area: Senior Engineer Dave Ross, and Engineer Kelly Dwan, who also organizes the monthly meet up and helped organize this weekend’s event. Three of our senior staff – Jess Jurick, John Jacoby, and I – all lived within ~100 miles of Boston at some point since 10up’s inception.

So it goes without saying that, above and beyond Kelly’s co-organizing, we were going to make a meaningful contribution to WordCamp Boston 2013. With more resources in hand, we’ve provided a top-tier, Platinum Sponsorship; we’re sponsoring Saturday’s lunch! You’ll find 7 of us at the conference, 5 of us speaking:

Check out my guest blog post on the WordCamp Boston website for more reminiscing about 10up and Boston connections, like our work for Boston Magazine. If you’ll be in town, find a 10upper, visit our table, be sure to see our talks, and enjoy lunch – it’s on us!