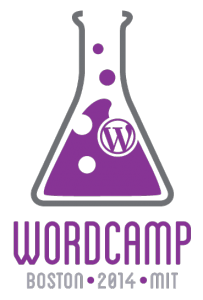 This weekend, Boston will hold its fifth WordCamp, and 10up will be there to help celebrate the #BestWordCampEver.

Jake and I will be part of a panel on “What Boston Gave WordPress, and What WordPress Gave Boston,” which will include the story of the first WordCamp Boston, which we helped plan back in late 2009 / early 2010. In many ways that first WordCamp Boston set in motion a series of events that would result in his founding of 10up and my joining as CEO. It’s really exciting to see the impact the camp (and the meetup) have had on the WordPress community in Boston and across New England.

Taylor Lovett, our Director of Web Engineering, will also be giving a talk about the JSON REST API targeted for WordPress core in 4.1.

Finally, we’ll be joined at the 10up sponsor table and throughout the weekend by 10uppers Dave Ross, Sara Tirrell, and Helen Hou-Sandí. Stop by and say hello!