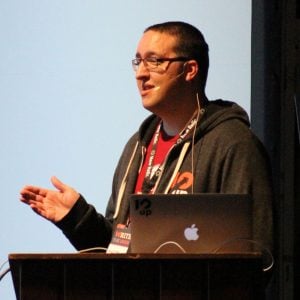 10up Web Engineer Drew Jaynes will be leading the WordPress 4.2 development cycle, slated for release in April 2015. WordPress’s releases come a few times a year and involve hundreds of people and thousands of lines of code. A release lead coordinates all of these contributors and contributions, while also managing schedules, priorities, and announcements. As a committer for the past year (with direct access to change the source code) and a driving force behind WordPress documentation, Drew has proven that he’s well-suited to the task, and we’re looking forward to this next release.

As a part of our commitment to the WordPress and open source community, roughly half of Drew’s time is donated to working on core and community initiatives. Building on my own experience as the WordPress 4.0 release lead and fellow committer, I’ll also be close at hand as a ready and willing mentor. We were really excited to be the first agency to sponsor a release lead, and we’re even more excited to do it again so soon. Please join us in congratulating Drew!