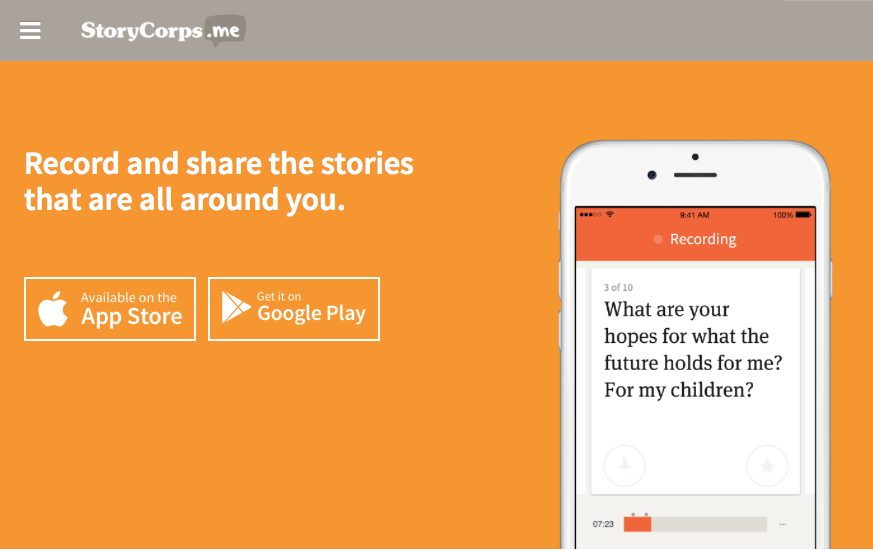 We had the privilege of working with StoryCorps to help them engineer a reliable, scalable WordPress implementation for their new, TED prize winning project. StoryCorps.me enables anyone to record and share powerful stories using an iOS and Android app; the app’s infrastructure is built on WordPress, and leverages the WP REST API.

We built a custom, elastic infrastructure on Amazon Web Services, provided strategic consulting and direction for the WordPress JSON API integration with the app, and comprehensive code review and auditing for the custom theme and plugins built by StoryCorps’s internal developers.

Even as the app was unveiled at TED, and picked up in subsequent press coverage from NPR, Fast Company, Recode, the Globe and Mail, Forbes, to name a few, the site and its deep app integrations have scaled and performed like a champ.

PostStatus published a detailed, insightful write up that describes the project and technical implementation, including kind words from their program manager:

Dean noted, “You have to be willing to completely submit to the process.” He says it wouldn’t have succeeded if 10up and [app developer] Maya weren’t committed as StoryCorps to the success of the project.

Be sure to check out their coverage, and try out StoryCorps.me. You can find the app that relies on their WordPress build on the iOS app store and Android Play.