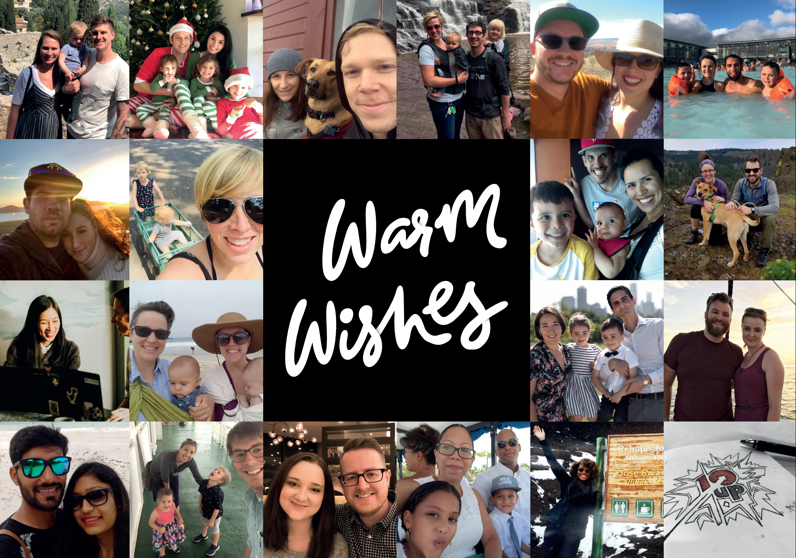 Once again, we’ll be taking some time away from our desks as we close out the year so that we dive into 2019 refreshed and ready to deliver outstanding service and innovative tools. 10up will be closed from Monday, December 24 through Tuesday, January 1, returning to work on Wednesday, January 2nd.

Here’s how some of our team will be spending the break:

Rest! I also have a list of 20+ things I need to fix/organize at home waiting for the glorious days my kids will spend with their grandparents.
Ricardo Moraleida, Senior Web Engineer | Belo Horizonte, Brazil

I think I may try to relearn how to better play piano during the break. I neglected to keep it up through the year and now can’t remember how to play the songs I learned. Might try to hit a local show or two if possible, and definitely some vinyl shopping!
Ryan Abeling, Team Lead | Portland, OR

Also, I plan on playing a lot of the Nintendo Switch we got the kids for Christmas—specifically Smash Brothers Ultimate.
Mike Bal, Director of Client Delivery | Ames, IA (rocking out with Tom Hummer, Senior Project Manager)

I’m going to tell my wife I have to work so I can sneak away and sleep more
Nick Ortiz, Front End Engineer | Rio Rancho, NM

I’m going to be spending as much time as possible skiing up in the mountains
Derrick Koo, Lead Front End Engineer | Boulder, CO

We’ll be visiting family & friends in France. Part of the festivities will include a stage my mother in law set up in the living room (ok, so it’s really just a curtain to separate the alcove) where she has planned live performances from everyone in the family.
Ashleigh Thevenet, Senior Team Lead | Chicago, IL

I’m going to be practicing the piano in preparation for a performance in mid-January :)
Helen Hou-Sandí, Director of Open Source Initiatives | San José, Costa Rica