10up often finds itself immersed in the business of publishing, which includes the configuration and management of the programmatic buying and selling of ad space. Our long-time work in this space inspired the build of Ads.txt Manager, our WordPress plugin that facilitates the creation, management, and validation of a site’s ads.txt whitelist file from the WordPress admin interface. With more than 70,000 active installations, the plugin has helped thousands of site owners eliminate the need to manually upload a new ads.txt file with every change and applies validation to prevent simple mistakes that can cause lost advertising revenue. Learn more about the Interactive Advertising Bureau’s Ads.txt initiative and its benefits in our launch post.

Revisions is a native WordPress feature that exposes changes made to content like pages and posts, and offers restoration of previous versions. Adding revision history to ads.txt enables: 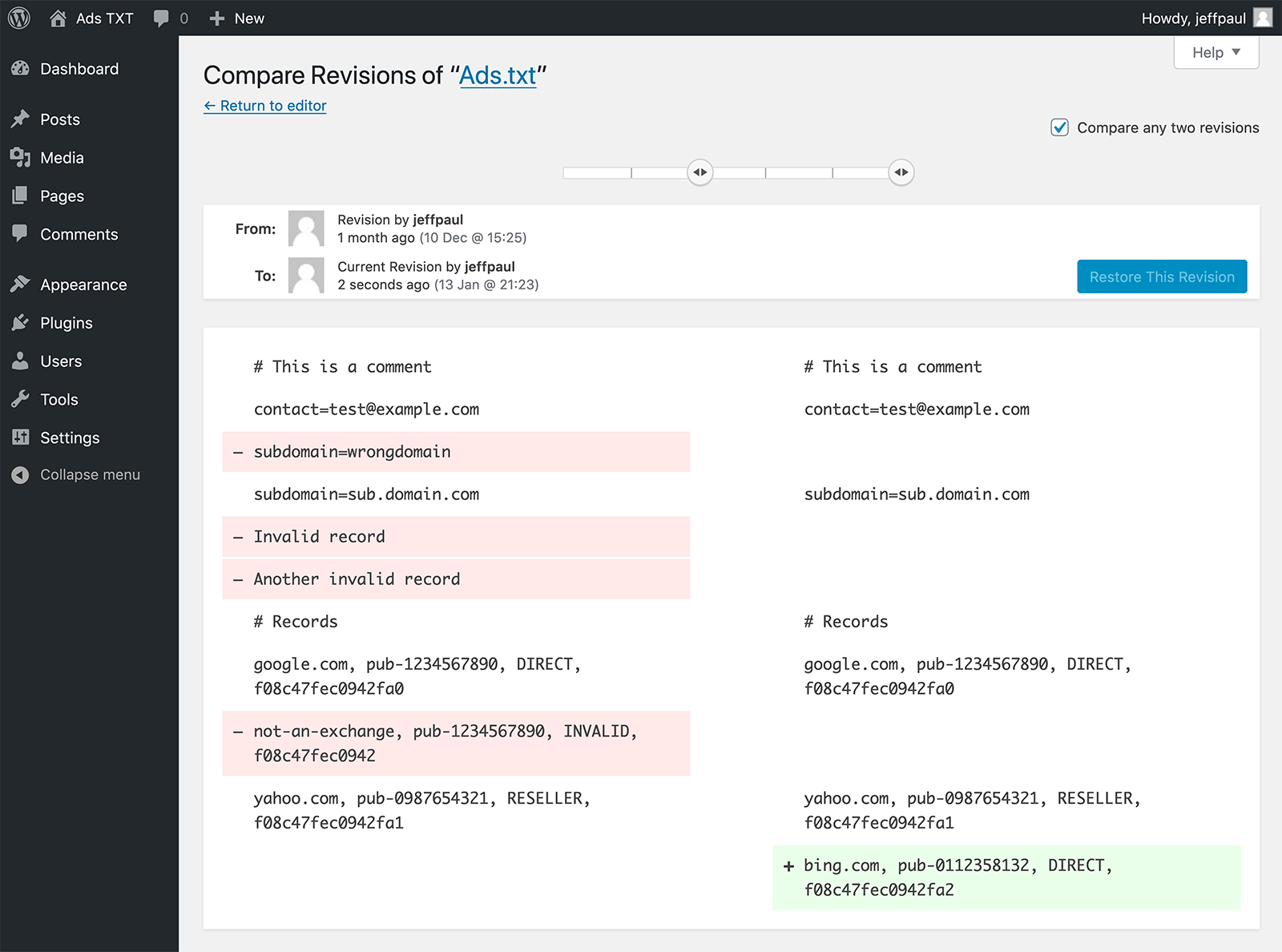 We found that some Ads.txt Manager adopters already had an ads.txt file in place, which could create a conflict. Now, if there is an existing ads.txt file on the server, the plugin will recognize it, alert any user attempting to edit the file inside WordPress, and suggest removing the file from the server. Once the conflicting file is removed, site managers can proceed to update ads.txt in the WordPress admin. 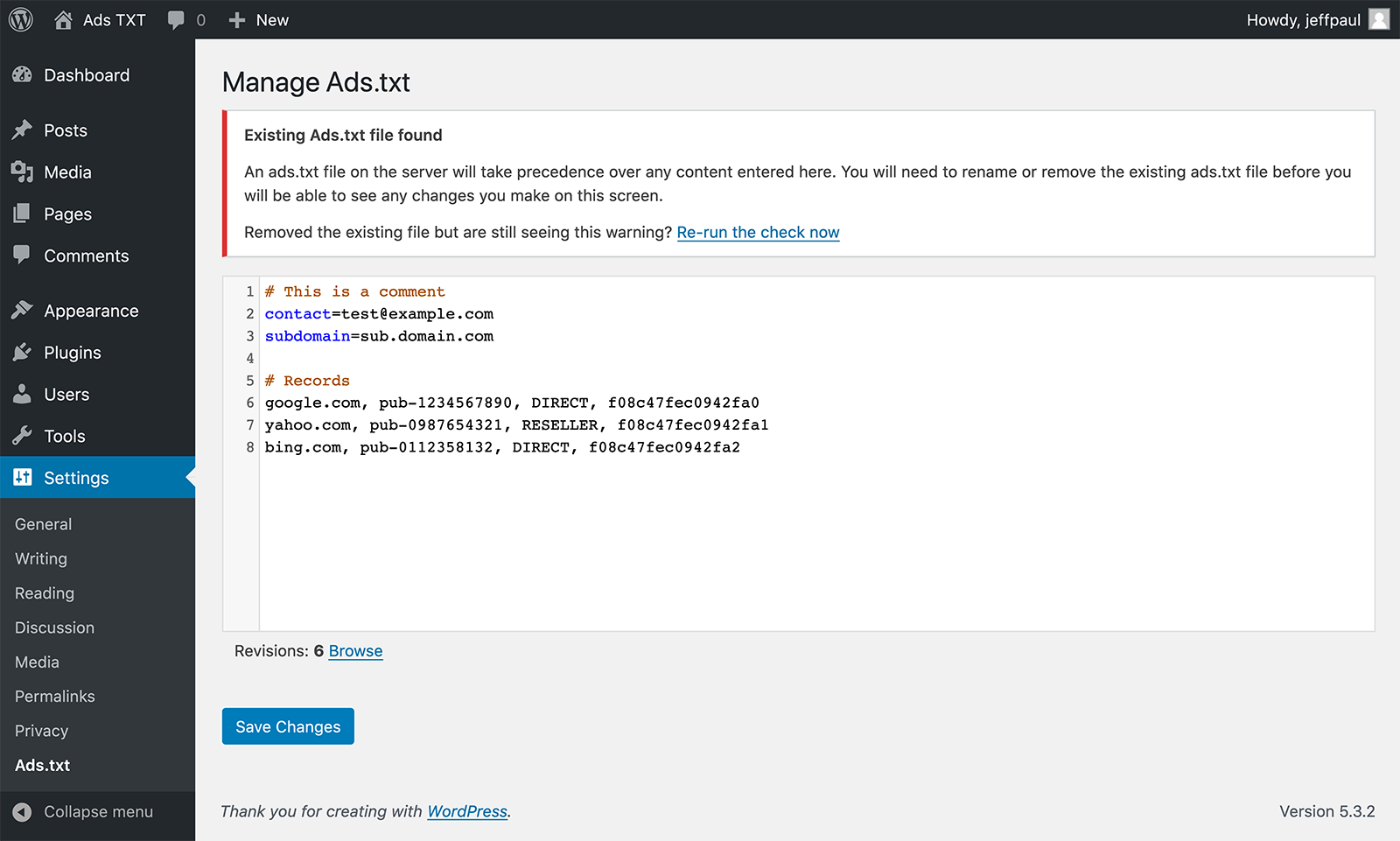 The initial release explicitly assigned ads.txt editing permissions to the site Administrator role. Version 1.2 adds a custom capability that gives developers the ability to assign editing rights to other user roles (while still defaulting to the Administrator role).

A newly available filter allows developers to alter the ads.txt file content before it is rendered on the front end. This can be especially useful for publishers who want to dynamically generate some or all of the file by consuming external third-party ads.txt data that might be updated on a regular basis.

We’re closely monitoring continued developments in the ad fraud space, including ads.cert, which takes the protections of ads.txt further by confirming information passing between the buyer and seller at every stage. App-ads.txt, the version of ads.txt for applications distributed through mobile app stores, connected television app stores, or other application distribution channels, is on our roadmap for inclusion in a future release.

You can download Ads.txt Manager from the WordPress Plugin Repository, follow along with development on GitHub, or jump in and contribute.