A Farewell Episode Of Mad Men, Created By The Fans

MadMen, the flagship television series from AMC, was leaving the airwaves after six award-winning seasons. The network wanted an app for fans to contribute to a fun and unique tribute commemorating the end of this stylish series. We built a WordPress-powered app where fans choose one of over 200, 8- to 15-second clips from the first episode of season one. Fans then recorded the clips and uploaded them to YouTube and submitted them to AMC’s editorial review team. If selected, fans would have their clip added to the Official Fan Cut. 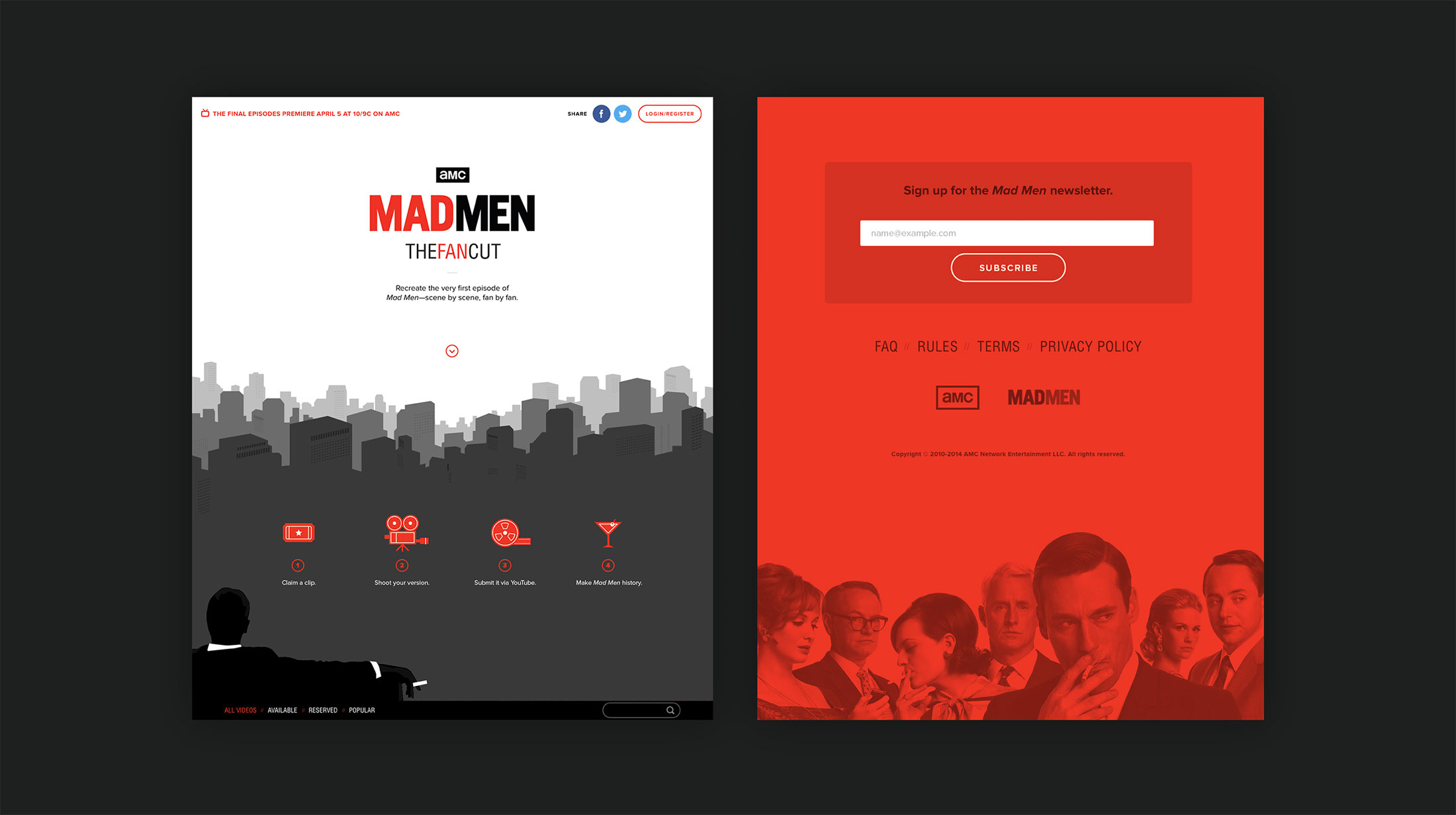 Designing For A Cult Classic

One of the challenges of this project was creating an experience that felt modern but upheld the iconic style of the 1960s and 70s embodied by Mad Men. We added parallax scrolling to the city skyline while retaining the classic Mad Men logo and Don Draper silhouette, along with splashes of red, black, and white throughout the app.

The app, with a front-end built with AngularJS, has a WordPress backend to provide the editorial team with the tools to review entries, mark winners, and move the video submissions through a detailed internal review process. In addition to the front-end clip claiming method, we created a back-end plugin for WordPress that allowed AMC Networks’ staff access to all clips and the ability to select winning clips and get approval from various departments for each.