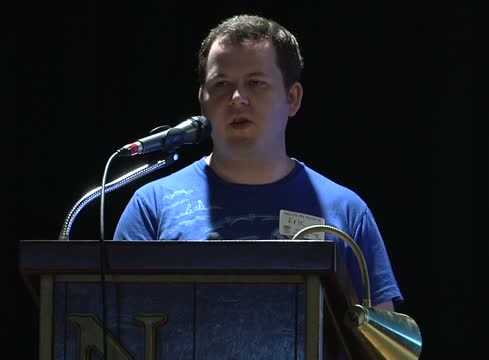 You probably don’t know me yet – let’s fix that. I’m the new guy from the Pacific Northwest who spends as much time writing code as I do happily lost in the woods. Be careful, because I’m just as likely to talk your ear off about jQuery and AJAX as I am high alpine backpacking.

I’ve been building websites recreationally for over a decade; professionally for 6 years. I’ve been working with WordPress since a friend bribed me with a ticket to WordCamp Portland 5 years ago. Since then, it’s become my favorite platform for both serious development and rapid prototyping. WordPress has been at the core of everything from corporate websites to Facebook apps to slideshows; I have yet to find something I can’t do with it!

For the past couple of years, though, my focus has been on polishing my skills in different software paradigms and languages. But I’ve never abandoned WordPress – I stay active by speaking at WordCamps, working with the core development team, and answering questions on the WordPress Stack Exchange.

I love the world of open source development, and I’m thrilled I can finally consider it part of my professional career.

At 10up, I’ll finally have the opportunity to do what I truly enjoy – build amazing projects with a tool I love and have labored over. I am privileged to be joining a remarkable team made of some of the best developers I’ve ever met.

Editor’s Note from Jake: Eric is being humble when he says you “probably don’t know” him – at least, if you’re active in the WordPress community. Eric is a respected core contributor (who is joining Helen and me at the Community Summit), speaker, and consultant. If you haven’t seen him speak, you’ve certainly seen his work. He’s not only brilliant under the hood, but responsible for subtle and smart user experience improvements to core. I’ve long admired Eric’s versatility (how many people have worked with Ruby, Python, C#, and PHP in the last 5 years?), energy, and integrity, and I couldn’t be more proud to welcome him to team 10up’s Portland contingent.

Leave a Reply to Brian Fegter