Distributor—our plugin that makes it easy to syndicate and reuse content across WordPress-powered websites—was released in beta last year. Since that time, 10up has shipped several point releases, representing significant and continued investment in Distributor and delivering improvements in performance, smarter media syndication, and enhancements to the content “pull” feature.

When pushing content, the list of connected sites—and all permission checks—is now loaded only after the Distributor menu is opened, which speeds up initial page loads, especially when there are many connected sites. Distributor also uses a more efficient method to receive site information when pulling content. Recent updates to the WordPress `switch_to_blog` function allowed us to refactor requests to WordPress multisite network connections and avoid making remote requests to each individual site.

With these refinements, admin screens for large, multi-site instances and sites with many connections now load significantly faster. Tests on a 100-site network showed a reduction in load time from 300 seconds down to 5 seconds, improving performance by a factor of 60. 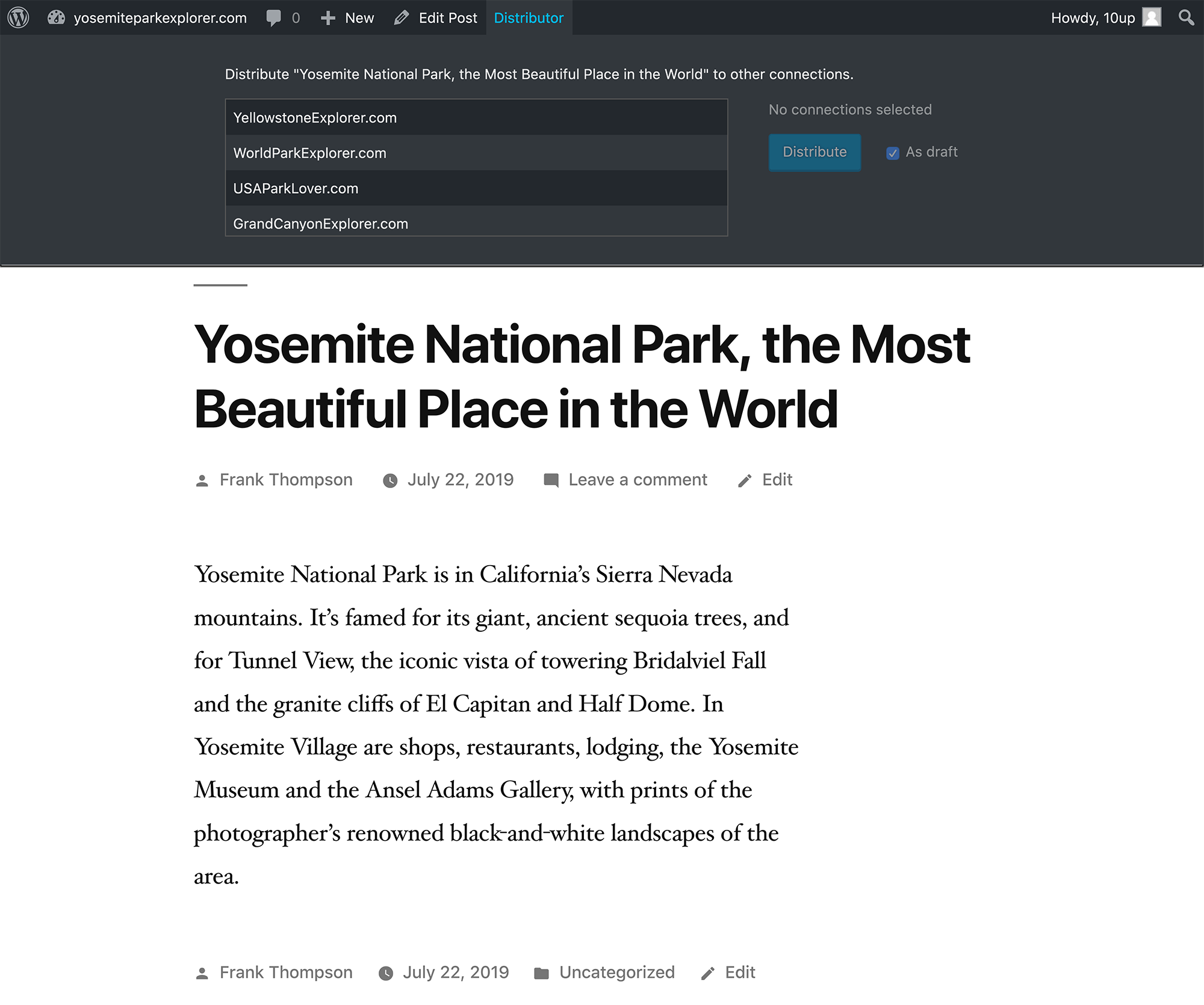 Initially, we intended for Distributor to send over a copy of every local image and media attachment (e.g. PDFs) used in the content along with the content itself. However, that approach was stymied by the way WordPress handles the relationship between content and its attached media. In short, this meant that Distributor only sent over all of the media uploaded while creating a specific piece of content. This problematic logic meant that, among other issues:

Now, by default, Distributor only copies the assigned featured image when distributing content. Other images in distributed posts link to the file on the origin site. For scenarios where all programmatically attached images should be distributed, we retained a setting to manually select this option.

The long-term roadmap for Distributor includes more advanced media handling and syndication options, such as scanning content for locally-stored images to carefully select the media to distribute. 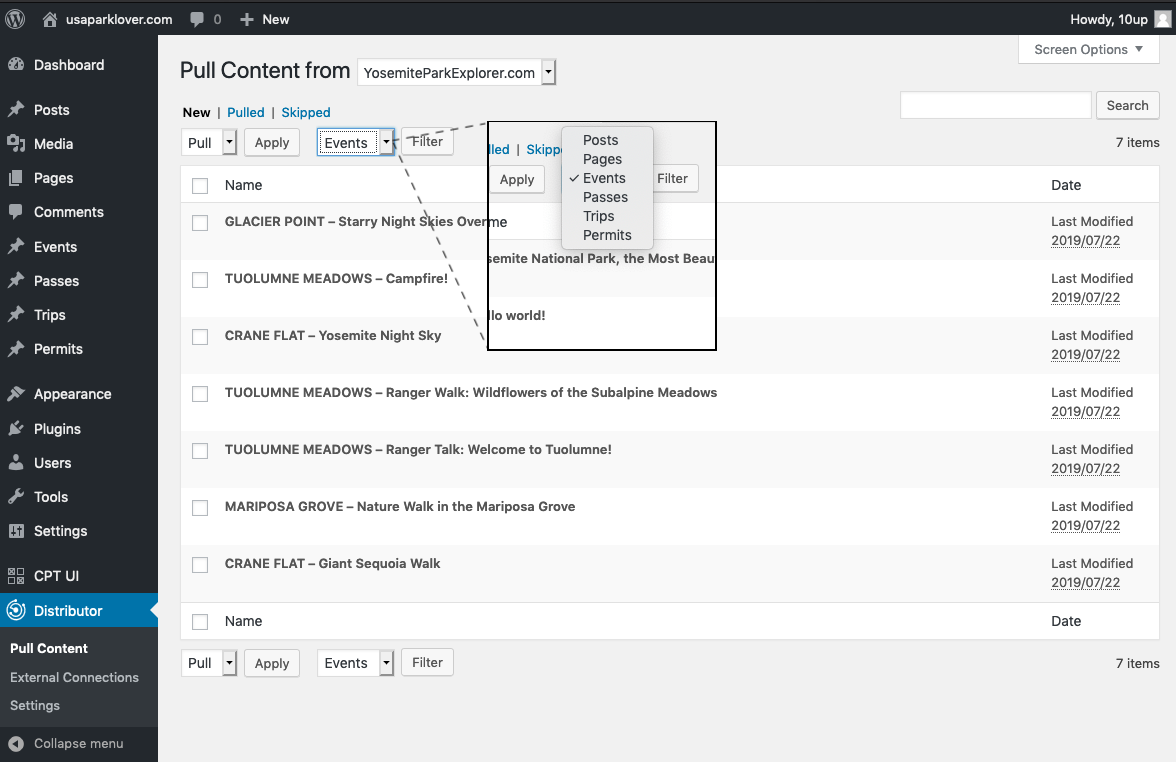 Coming In The Next Update

Improvements to the onboarding process including better integration with Application Passwords which will simplify the external connection set-up process. Additionally, clearer warnings and messages throughout the user interface of the plugin will facilitate swift troubleshooting when issues arise.

We’re gratified by the increased adoption from large-scale publishers, including 10up clients like the 9to5 network of sites and Maine Today Media. If you’re interested in using Distributor, we have a registration program that ensures adopters are apprised of major updates and beta testing opportunities and allows us to gather feedback and prioritize common use cases. Registrants receive a free license key, which enables one-click updates in the WordPress dashboard.

To register and download the plugin, head to DistributorPlugin.com. Distributor is also available on GitHub, where we are actively reviewing feedback and issue reports.

If Distributor and our open-source work are interesting to you, come work with us!