10up Releases Autoshare For Twitter, Our Latest Free, Open-Source Plugin

Autoshare for Twitter is our new WordPress plugin that automatically tweets your posts as soon as they’re published. Once you hit the Publish button, the plugin sends your post’s title, featured image, and link to Twitter, along with a custom message.

Unlike a myriad of other social media, multitool solutions, Autoshare for Twitter is built solely for Twitter. It focuses on doing one thing and does it well, with the code and interface craftsmanship we apply to every project.

END_OF_DOCUMENT_TOKEN_TO_BE_REPLACED

Leveraging Elasticsearch With ElasticPress To Create A Porsche-Quality Search Experience

When Elferspot, the largest marketplace for classic and pre-owned Porsche sports cars, wanted to create a premium search experience on their WordPress site, they turned to 10up’s managed search solution for WordPress, ElasticPress.io.

“I’ve never had such an amazing support experience with any company. I had a problem with how I wanted to use ElasticPress and the support team worked with us to solve the problem together.”

END_OF_DOCUMENT_TOKEN_TO_BE_REPLACED 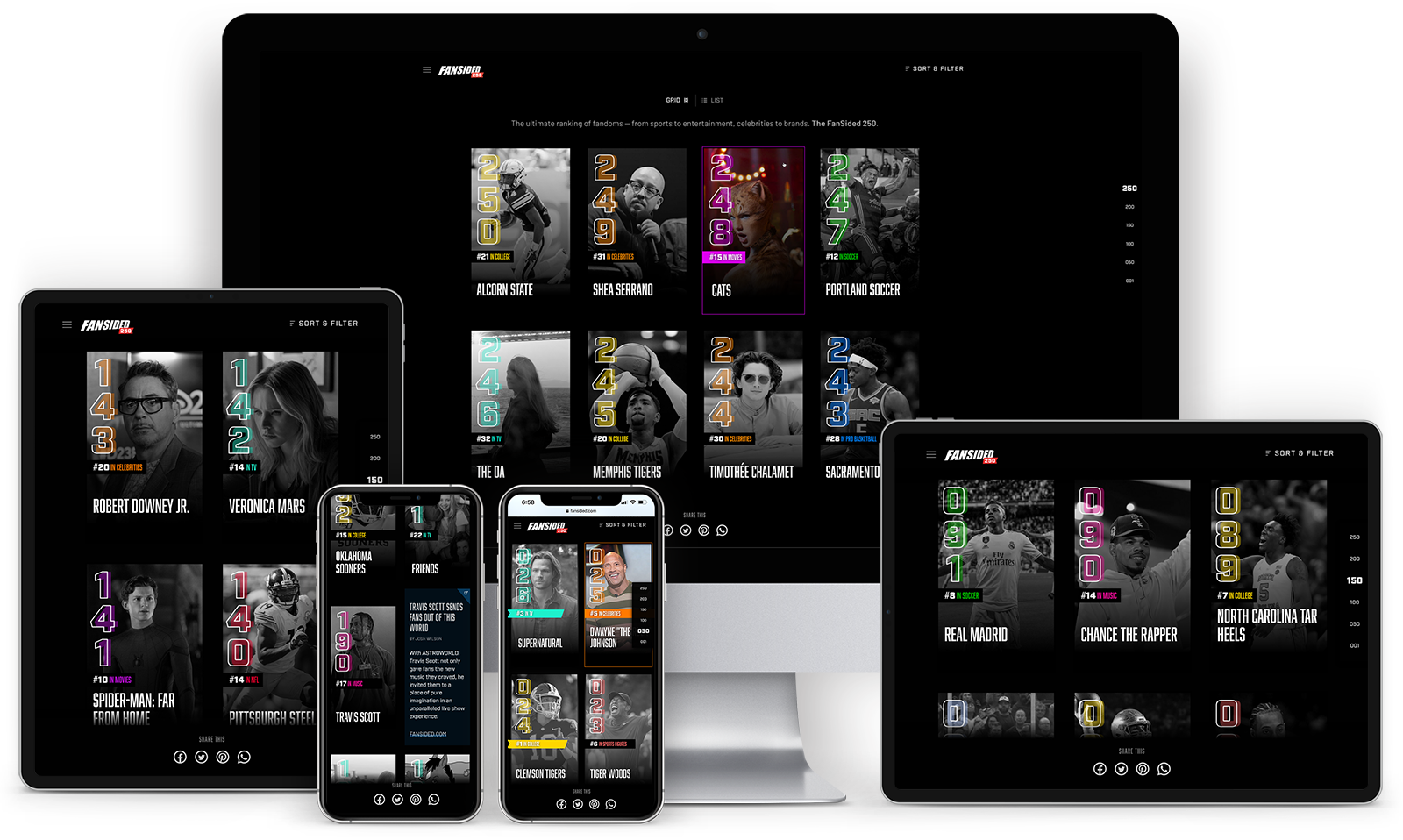 Last week FanSided published its annual FanSided 250, the ultimate ranking of the 250 best fandoms in the world, from celebrities and movie franchises to sports figures and more. While my New England Patriots didn’t rank as high as I think they should have (anything less than #1 for us is a disappointment), I am ecstatic to be part of the 10up team that collaborated with FanSided to bring the bold new FanSided 250 website to life.

“We’re thrilled with the look and feel of the FanSided 250. Working with 10up has been an extremely rewarding venture. Every aspect of the experience has been upgraded from previous years, and the FanSided 250 has never looked and operated better.”

END_OF_DOCUMENT_TOKEN_TO_BE_REPLACED

Contribution to the open web is one of 10up’s guiding values. The sharing of expertise, like our engineering best practices, and the creation of our open source tools like Distributor, ClassifAI, and ElasticPress, along with our hundreds of commits to open projects like WordPress, reflect 10up’s position as a leading contributor to open source platforms.

Our latest contribution is the release of our official Open Source Best Practices as a public project on GitHub. 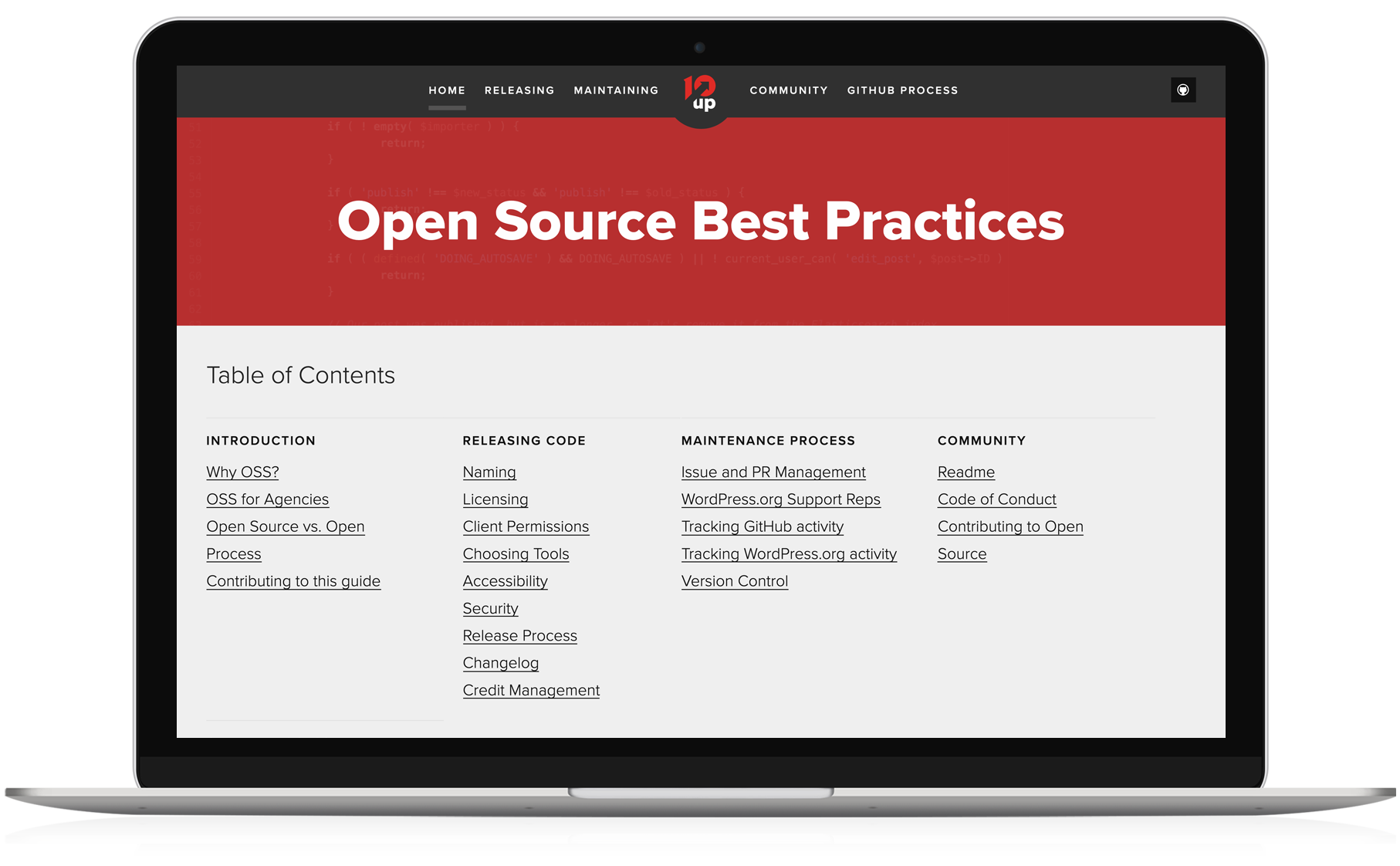 Following 10up’s mission to make a better web with finely crafted websites and tools for content creators, our Open Source Practice brings forth deep experience in the long-term stewardship of open-source projects. Beyond pushing code to a public repository, effective open-source management requires thoughtful consideration of licensing, defining maintenance procedures, and proactive communication with participants. By releasing our best practices, we hope to provide a guide for the establishment and ownership of open-source projects.

END_OF_DOCUMENT_TOKEN_TO_BE_REPLACED 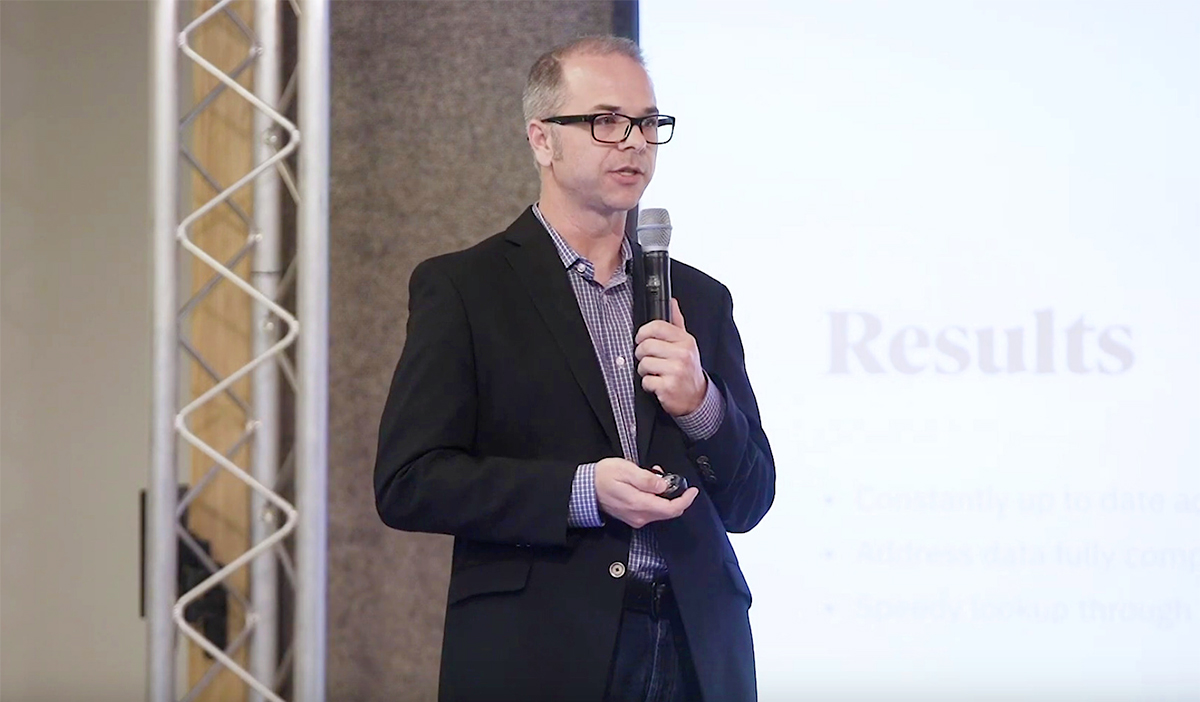 As a WordPress.com VIP gold agency partner, 10up was recently invited to speak at BigWP SF, the enterprise WordPress meetup series that brings together developers, business leaders, and product managers who work with high-scale WordPress applications every day.

My presentation, Managing Millions of Public Data Records With WordPress, highlighted the challenges we encountered when integrating millions of public data records with the WordPress-powered website for ElectricityPlans, a broker in the deregulated Texas electricity market, and how we used solutions like ElasticPress to overcome those challenges.

END_OF_DOCUMENT_TOKEN_TO_BE_REPLACED

10up Releases Insert Special Characters For The New WordPress Editor

The new WordPress editor (aka Gutenberg) introduced a modern, block-based paradigm for visually authoring content. For all of its advancements, a button to insert special characters was not carried over from the classic editing experience—a feature critical to writers and publishers frequently using mathematical notation or other symbols. Feedback concerning its absence and some client questions inspired our Open Source Practice to take action.

END_OF_DOCUMENT_TOKEN_TO_BE_REPLACED

Do you develop your WordPress plugins on GitHub? Then here’s a treat for you! We’re excited to release a GitHub Action that deploys to the WordPress.org Plugin Repository whenever you tag a new version on GitHub. You’ll be able to manage your entire development lifecycle in GitHub—no more futzing with local Bash scripts or controlling commit/push access in multiple places.

Keep reading for more details about GitHub Actions and how to get set up, but the gist is this: you reference our action in your plugin repo’s workflow file, filtered to only run when a tag is pushed, and set your username/password secrets. After that, each time you tag a new version on GitHub, whether by pushing a Git tag from the command line or making one using the GitHub releases interface, your plugin will be deployed to WordPress.org.

END_OF_DOCUMENT_TOKEN_TO_BE_REPLACED

We’re considering this a public beta release. It won’t adversely affect your application or introduce instability, but it has not yet been thoroughly tested as a framework and may have some bugs. Through our own testing and community involvement, we’ll further solidify WP Acceptance as it approaches a full, public release.

END_OF_DOCUMENT_TOKEN_TO_BE_REPLACED

StoryCorps and Google team up to honor veterans, with a 10up assist

We love what we do here at 10up—solving problems and creating digital experiences for our clients. The partnerships we’ve been privileged to form not only make the work more rewarding, they open doors to some really … just cool opportunities.

Our friends at StoryCorps are being featured on the Google Doodle today, and we designed a landing page for the occasion.

It’s our mission to make tools that enable simple and affordable digital story telling. We’ve been pleased to work with StoryCorps, and help them to “preserve and share humanity’s stories in order to build connections between people and create a more just and compassionate world.” Through our collaboration, we’re not just making the internet better, we’re making the world just a little bit better.

What can we build together?

We are proud to announce that Distributor has exited beta and is now openly available. Distributor is a free WordPress plugin that makes it easy to syndicate and reuse content across your websites—whether in a single multisite network or across the web with the REST API.

With Distributor, content creators can “push” or “pull” content between multiple sites, while retaining updates from the original source and preserving SEO. Copy, media, metadata, and categories all come along, and our fully extensible, open-source code base empowers developers to adapt it to even the most complicated workflows. To get the release version, and enable simple updates, head to DistributorPlugin.com and fill out the short registration form.

More than 100 organizations and developers participated in our Distributor beta program. Their feedback has helped us ensure that Distributor can be the trusted solution for sharing content between WordPress sites. We’ve already integrated many improvements contributed by beta testers, including 10up clients. Distributor has been approved for use on WordPress.com VIP and is ready for enterprise implementations. We have a roadmap of planned enhancements, with ambitious plans including more advanced media distribution and sophisticated “take down” features for the forced removal of distributed content.