Since its public launch in 2018, we’ve seen universities and educational institutions, publishers and media organizations, government agencies, and established brands use Distributor to leverage their content across multiple websites to enhance visibility, expand reach, and increase the ROI of content creation. We’ve also had the privilege of consulting with numerous clients to develop content syndication strategies and guidelines, optimize Distributor workflows, and even extend the plugin’s capabilities to solve unique content distribution and sharing needs.

Over the last year, Distributor has seen numerous improvements in performance, media syndication and content filtering, and push/pull content management, as well as the addition of a Setup Wizard to streamline onboarding, Site Health Info integration, and additional developer hooks and documentation.

Originally, when encountering problems during the content Push or Pull process, Distributor failed silently. The Distributor menu and block editor sidebar panel now display detailed error messages, such as “Unable to push post from Site A to Site B,” when Push or Pull actions fail – ensuring that the status of content distribution efforts are clear.

Alongside Distributor’s ability to push content to multiple sites, it can also pull content into a connected site in a draft or published status. Plugins and themes may also add additional columns to the Pull Content list table.

The Pull Content Screen introduced new options, including an additional content filter to view all posts and the ability to manually Pull content items that were originally skipped in the Pull process. 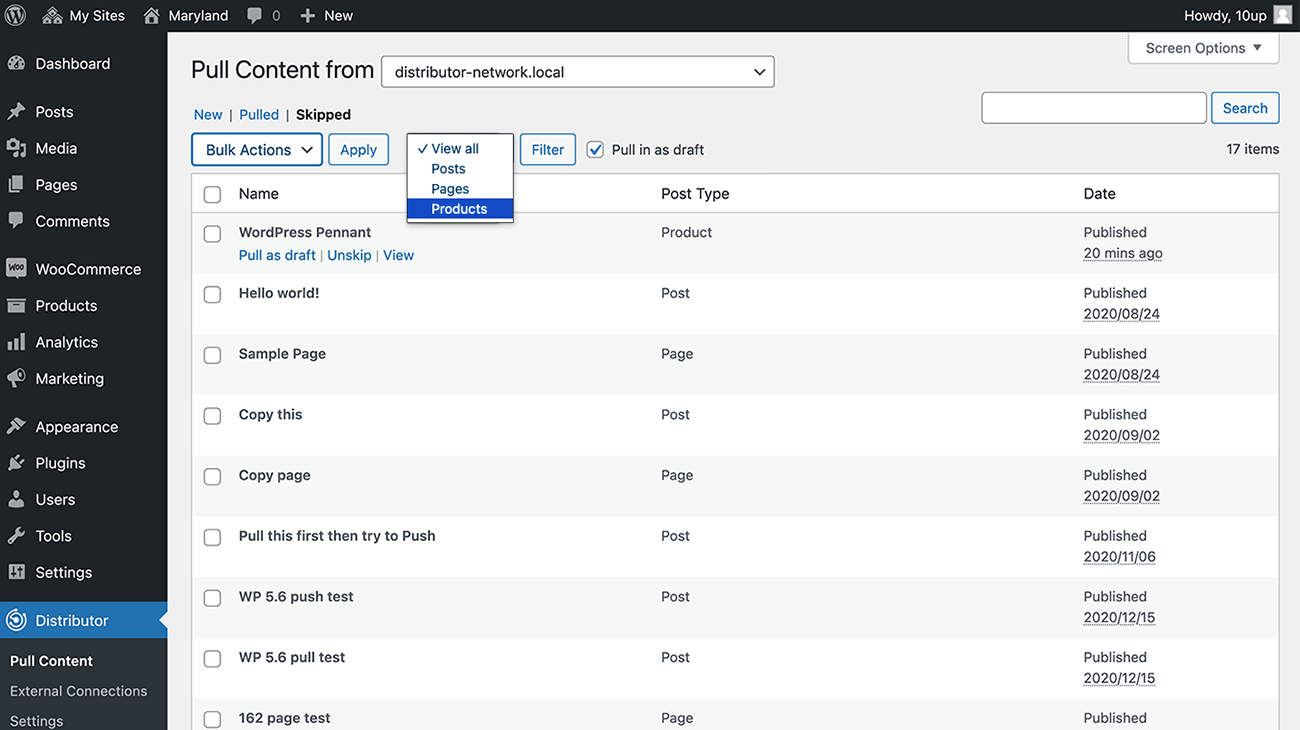 Distributor is built with the same extensible approach as WordPress itself and designed to empower other developers. Along with customer-facing UX improvements, Distributor has also seen developer-focused improvements, like under-the-hood performance and security upgrades and additional actions, hooks, and filters to control things like terms and meta-distribution for internal site connections.

A few notable highlights include:

As more large-scale publishers and media sites adopted Distributor and began using it to Pull large amounts of content into sites, some Distributor users reported degraded performance when large volumes of content were Pulled.

Code snippets and other resources created while responding to issues on GitHub are now tracked in Distributor’s developer documentation, providing examples for extending Distributor based on real world use-cases.

Give Distributor A Try Today

Visit DistributorPlugin.com to register for a free license key that enables one-click updates in the WordPress Dashboard and ensures that you’re notified of new features and beta testing opportunities.

If you’re interested in enhancing Distributor for your specific challenges, reach out to us by emailing [email protected] or using our contact form.