I will be talking WordPress at two upcoming events, on opposite ends of the U.S. east coast this month.

WordCamp Miami. Never a big fan of winter, I’m definitely looking forward to a breather in sunny Miami, Florida. I’m flying down the evening before (this Friday, the 19th) and returning the following Tuesday. It’s actually more economic to stay a couple of extra days at the hotel as compared with taking a Sunday flight back. In any case, I’ll be speaking at Miami’s WordCamp, which takes place on Saturday the 20th at the University of Miami. I’ll be presenting a revised version of Themes 101, which “premiered” at WordCamp Boston. It will incorporate new information on the upcoming “default” theme, along with some feedback from Boston. If you’re in the area and interested in meeting up on Sunday or Monday, send me a note.

END_OF_DOCUMENT_TOKEN_TO_BE_REPLACED 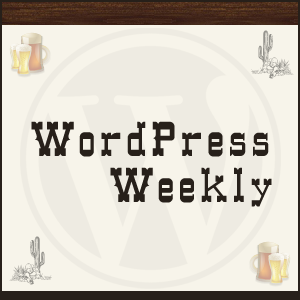