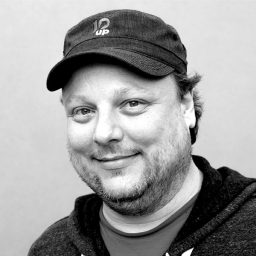 My story about contributing to Google’s AMP project was published on Google’s official Open Source Blog. I received a Google Open Source Peer Bonus for my contribution, which added MathML support to AMP.

Transforming text into a natural sounding podcast with Amazon Polly

Earlier this week one of our partners, WP Engine, released a plugin that leverages Amazon Polly to transform written content into lifelike speech, directly from WordPress. Being dedicated to helping our clients deliver great digital content experiences, we were eager to help pilot this integration with WP Engine by finding a launch partner. Collaborating with POLITICO in Europe, we transformed their daily political newsletters – Brussels Playbook and London Playbook – into engaging podcasts.

Here’s what POLITICO had to say about their new integration, in WP Engine’s press release:

“Our readers are digesting news and stories through their mobile and voice-driven devices more and more,” said Johannes Boege, Chief Product Officer at POLITICO in Europe. “This is a great opportunity for us along with our agency 10up to test the distribution of our content with voice technology. We are excited to use Amazon Polly to reach more people in new ways.”

END_OF_DOCUMENT_TOKEN_TO_BE_REPLACED

What’s wrong with this piece of code?

END_OF_DOCUMENT_TOKEN_TO_BE_REPLACED

For the benefit of new and aspiring contributors, I’m sharing my experience making my first code contribution to WordPress. Starting with little knowledge of the Core contribution process, I embarked on a journey that resulted in one line of CSS, and my first Core props.
END_OF_DOCUMENT_TOKEN_TO_BE_REPLACED

We were featured in Time’s Money “10 fully remote companies that are hiring” roundup. Joining team 10up means that—with reliable internet access and a drive to serve clients on their timeline—you can work from anywhere in the world. Interested in joining our team? Take a look at our Careers section and find your next professional opportunity.

When troubleshooting a slow WordPress site, an often overlooked culprit is the wp_options database table. This table houses a variety of crucial site data, including:

In fact, nearly every WordPress page—from the front end to the admin screens—executes the query SELECT option_name, option_value FROM wp_options WHERE autoload = 'yes'. If this query does not run efficiently, the results can be devastating to a site’s speed.
END_OF_DOCUMENT_TOKEN_TO_BE_REPLACED

We’re proud to introduce the WordPress Component Library: a collection of front-end components constructed with WordPress and accessibility at the forefront.

Many of the HTML and CSS components we build for our clients are structurally similar, particularly for prolific features like menus, search forms, posts, and blogrolls. A common starting point offers efficiencies to our clients while simultaneously raising the bar on polish and compliance with standards like accessibility. In evaluating existing libraries, we found that the industry was missing a good, open source project built with WordPress’s often opinionated markup (e.g. menus) and basic layout structure in mind.

END_OF_DOCUMENT_TOKEN_TO_BE_REPLACED 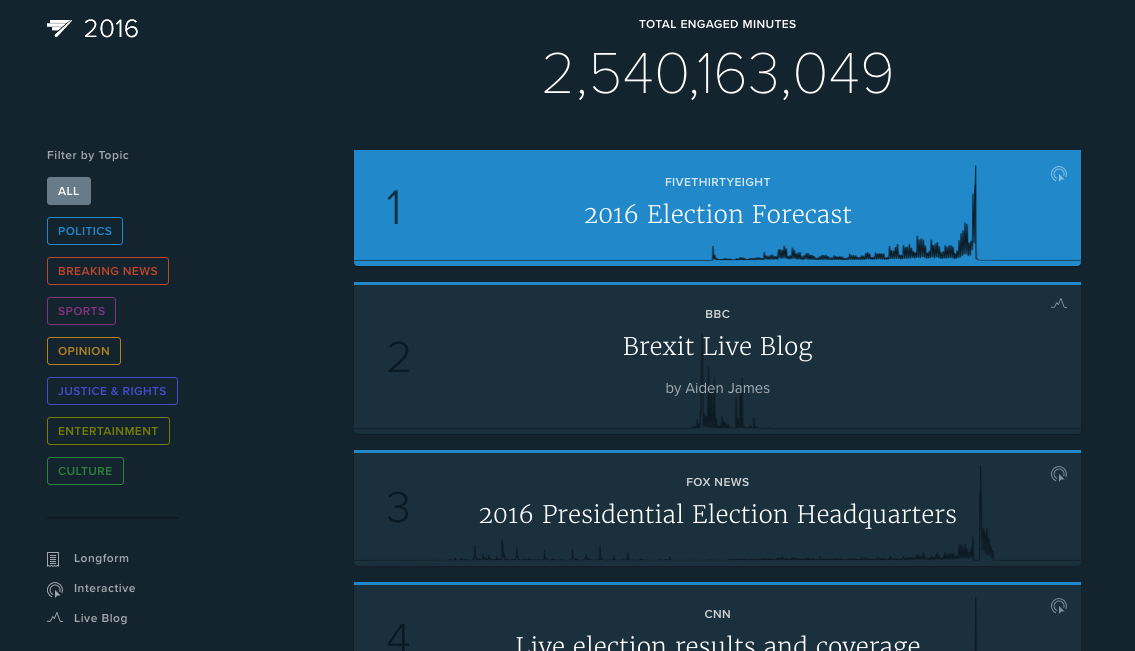 10up client FiveThirtyEight’s political coverage earned the stats-minded publisher four spots in ChartBeat’s top 25 most engaging stories of 2016, including #1 for their 2016 election forecast. This interactive feature provided predictions in the US presidential race, as well as 34 Senate contests nationwide, leading up to the November elections.

We love seeing clients like FiveThirtyEight topping the charts alongside long-established publishers like BBC, the New York Times, and NPR.

On October 25, the Interactive Advertising Bureau (IAB)—responsible for setting online ad guidelines and best practices—held a webinar to review an ambitious overhaul of its Ad Standards Portfolio.

So why the overhaul?

The new portfolio of ad units aims to address concerning trends, including an increase in the adoption of ad blockers and content delivery platforms like Google AMP and Apple News that limit ad integrations. The IAB has asserted that, as publishers focused on margins and increased automation, their audiences have increasingly encountered invasive interstitials, purposefully-hidden opt-outs, auto-play videos, and recurring-ad fatigue. Sites have grown heavy with extended load times often caused primarily by third-party ad servers and content discovery platforms like Outbrain and Taboola.

“We messed up,” wrote Scott Cunningham, Senior Vice President of Tech and Ad Ops at IAB. “As technologists tasked with delivering content and services to users, we lost track of the user experience.”

END_OF_DOCUMENT_TOKEN_TO_BE_REPLACED

I recently published an article on CIO Review discussing the benefits and challenges of implementing a headless publishing workflow to better facilitate cross-channel and cross-platform content distribution.

Given the benefits laid out in my article, we’re increasingly encouraging 10up clients to consider “going headless” for their next site builds.